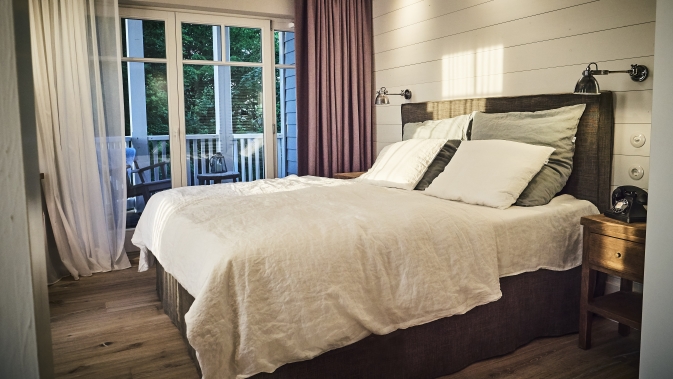 The demands in the hotel and catering industry are changing – including when it comes to bed and table linen. Ingo Bittmann, Head of Sales at Wäschekrone, on individual solutions and the (still) unparalleled properties of natural materials. 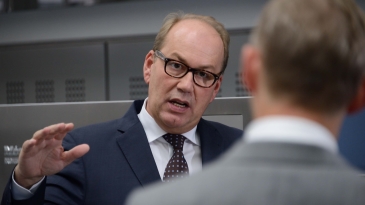 Head of Sales at Wäschekrone

Recently, you kitted out German actor Til Schweiger's Barefoot Hotel with a special type of bed linen ...
Yes, when the hotelier wants something individual, we cater to them. We have also noticed that the demands are becoming greater as everyone wants to stand out in some way. Some have themed rooms, others want linen. It was the same with Til Schweiger and his Barefoot Hotel. He wasn't interested in the norm – instead, he had very specific ideas. He wanted to create a cosy ambience and wanted to emphasise this with linen bedding. We decided on a linen type which would withstand frequent laundering. It is always about ensuring that the items are as long-lasting as possible and contribute to the hotel's very essence. In Schweiger's Barefoot Hotel, that is the relaxed atmosphere – you feel at home. When you enter a room, you won't find any creases on the pillows, even though linen creases naturally. The bed linen was customised on request. We selected a Belgian linen as this best fulfilled the requirement for durability. Belgian linen does, of course, come at a price, but we were right to make the investment. The guests and hotelier were extremely satisfied.

And what about high-quality table linen – is this still fashionable in modern gastronomy?
I have to say that, for around 3 to 4 years, we have noticed the sales figures declining for table linen. Since then, lots of fashionable restaurants have emerged, which want to win customers over primarily with trendy design concepts. The range of materials available for table tops is enormous and people no longer want to hide these under table linen. For a few years, we have noticed a trend where table linen is no longer particularly important. What's more, people don't want to have to do the ironing in-house, as it means extra work. This is why disposable table linen is often used here. However, when it comes to sophisticated gastronomy with ambitious kitchens, table linen will always be essential. It is also common in this area – quite rightly so – for restaurants to wash their linen themselves to maintain the right quality. These restaurateurs say: “My cuisine and my dishes are not the only skills which I present to the world – the way in which I set my tables is too. And for me, that includes the table linen.” We call that “textile hospitality”.

On the subject of materials, are there modern alternatives to cotton, etc.?
We have had Tencel in our range for several years. The natural cellulose fibres are extracted from eucalyptus and offer exceptional moisture management – Tencel can absorb moisture even better than cotton. Plus, being cooler than linen, it creates the perfect conditions for sleep. Natural fibres will always be paramount for us, as there is no synthetic fibre which can match a natural fibre in terms of properties. So far, other new materials have not passed the test in day-to-day hotel life – we have checked this, as durability is and will always be our main focus.

Give us a little bit of an insight into the future: is the topic of digitalisation relevant for the laundry sector – or is it still becoming relevant?
Transponders, which are sewn into the pieces of laundry, have already been used for a long time. In large laundry facilities, these are used to record the incoming laundry. They are therefore there for documentation purposes in the laundry facility for one thing. What's more, the transponders supply data, such as how often an item has already been washed – this is certainly helpful when it comes to complaints. However, previous transponders can only be recorded in small quantities. It's therefore RFID chips which we will see more and more. With this technology, the laundry moves through a gate and is recorded in full. Every chip knows the customer to which it belongs and which item it is. However, this technology is still very expensive. It is also replacing people to some extent. However, I  personally believe that people are very important in laundry facilities. They record the appearance and feel, and can see quality defects – no machine can do this in the same way.

This article is part of our magazine "Welcome & Stay". You are welcome to download it. You can find this article on pages 16-17.