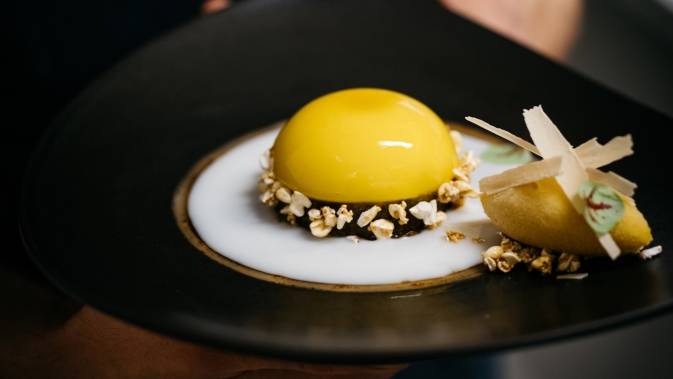 A new era has begun

The number of vegan restaurants in Germany has risen in recent years. In 2014, there were only around 99 restaurants serving exclusively vegan dishes, compared to 122 the following year – an increase of 23%! It’s no longer enough to offer soybean escalopes or spaghetti bolognese with tofu – non-meat-eaters want their taste buds to tingle with high-quality ingredients and exclusive combinations too. 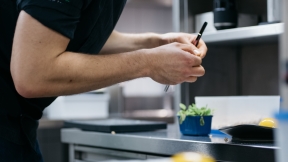 Award-winning culinary indulgence – and no meat in sight

As the only vegetarian restaurant in Austria to be awarded a Michelin star, Tian is the perfect example of how the concept can work. Head chef Paul Ivíc has made it his mission to introduce his guests to vegetarian cuisine and make them feel inspired by it. He uses sustainably sourced ingredients and gives everyone – whether they are vegetarian or not – this piece of advice: “Take a look at where the ingredients you’re using come from!” For any cook, this is the key to plating up a delicious dish. As he puts it, Ivíc’s aim is “to serve vegetarian food that makes the taste buds tingle, and stirs up the senses” – and there is no doubt that he has achieved this. As an aside, the French name “Tian” incidentally refers to a type of vegetarian stew.

Vegetarian food of the highest calibre is not just found in Austria. It’s also found in Italy. The Joia restaurant in Milan serves up fare that is as delicious as that served by its Austrian counterpart. This temple to gastronomy was first awarded a Michelin star in 1996, and has been the go-to destination for vegetarians ever since. Head chef Pietro Leemann operates what he terms a “non-violent” kitchen there. Following his training as a chef, he embarked on several trips and discovered his passion for meat-free cooking. Vegan cuisine doesn’t come quite so naturally to every chef, however. In particular, it is the need to avoid animal products such as honey, eggs and milk that is too much for some to handle.

What do you give diners who want more than escalopes and croquettes?

It’s a question that many a traditionally trained chef has asked themselves when considering how to approach this trend. Even in restaurants for which meat and fish are indispensable menu items, it has become essential to offer at least a few vegetarian dishes too. The specialist skills required to serve up this kind of cuisine are frequently lacking, however, as they simply do not feature in the “normal” course of a chef’s training. But efforts are now being made to improve this situation. In one example, the German Hotel Academy (DHA) is working in partnership with Germany’s Vegetarian Association (VEBU) to provide advanced training courses: over a period of six months, chefs will acquire expertise in vegan and vegetarian cuisine that is both modern and ambitious. It’s an investment that will surely pay off as the culinary industry develops.

This article is part of our magazine "Welcome & Stay". You are welcome to download it. You can find this article on pages 16-17.