It all started with a small guesthouse in the Southern Tyrolean Ahrntal. Today, the Steger family runs a wellness resort comprising two hotels with a spa area covering an area of 5000 m2. Making this change requires a sure instinct regarding what guests want, persistence and the courage of being ahead of one's times – and embarking on daring experiments. 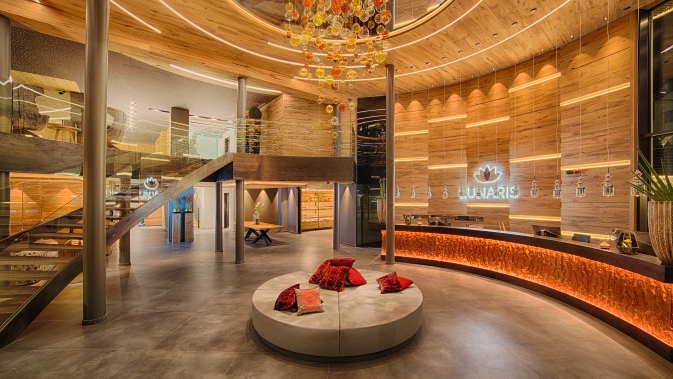 Even founder Johann Steger readily mucked in. Firmly rooted in the region, he recognised the potential of the Ahrn valley early on – even when its touristic attraction was still in its infancy. And hence it came to be that he not only set up the first three-star hotel with a pool, but also established a cable car company together with like-minded associates. Big visions for a small region.

A lot of mettle was needed to tackle such comprehensive projects in an area where tourism is so under-exploited and to offer luxurious features by the standards of the time, but the ambitious experiment simply had to succeed long-term. The biggest trial of courage in the history of the Steger hotel came in 2000: the merger of two separate businesses which the Steger family had previous built up under their own steam: The Linderhof sports hotel and the Hotel Alpenschlössl were linked together through extensive construction work and were given a large joint wellness area. “Quite deliberately, we kept separate receptions and dining rooms”, explains Siegfried Steger, son of the founding father Johann Steger and Managing Director of the Lindenhof, now rechristened the Lunaris. “We wanted to avoid creating huge and uninviting bar and restaurant areas at all
costs and were at great pains to retain the familiar atmosphere”. The investment was worth its while. Instead of frightening  guests away, the concept behind the interlinked hotels, each with its own independent common area, is still to this day the most compelling hallmark of the wellness resort which constitutes part of the Southern Tyrolean “Belvita” initiative. 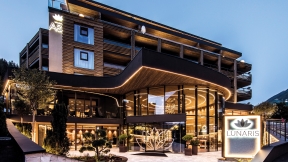 Now all three sons of the founders are involved in running the business, and Johann Steger is enjoying his well-earned retirement. The three hotel keepers are continuing their father's inheritance in another sense, too, as there is no denying where the trio's penchant for experimenting comes from: “We were always trailblazers. It runs in the family”, Siegfried Steger grins. The three sons have been active in the family-run business since they were small. “After our apprenticeships, we gathered experience in other hotels, but all returned to the fold in Ahrntal to devote ourselves to the business”. Steger is very thankful to his parents for this far-sighted support: “We were encouraged to accept responsibility and take decisions at a very early stage, and that shouldn't be taken for granted”. The three brothers work closely together. “I wouldn't want to miss this sharing of experiences and this sense of togetherness”, the hotelier confirms. Similarly, when the next experiment called for action in 2018, the family tackled it together. Thousands of square metres of hotel space had to be renovated in just 110 days. “Planning and organising such extensive construction work in such as short period of time was quite a venture. But we managed to complete the work on schedule and the positive reactions speak for themselves”. 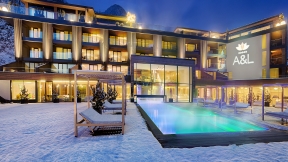 However adventurous the family may be, precedence is always given to dependability, particularly in such sensitive areas as laundry care. “As our Miele machines had provided some 20 years of faithful service, it was clear from the outset that the new facilities would remain true to the brand”, Siegfried Steger confirmed. The family relies on on-premise laundry care and uses washing machines, tumble dryers and flatwork ironers from Miele. “This way, we have full control over the quality of our laundry at all times. We were convinced from the word “go” by the durability of the machines, the minimal need for repairs and the excellence of service”. After such large-scale changes at our resort, we now hope to ring in a period of peace and quiet. “First of all we will be taking things easier”, Siegfried Steger laughs, adding: “Anyone who knows us will know that we never, ever run out of ideas”. The next experiment may well be just around the corner!

This article is part of our magazine "Welcome & Stay". You are welcome to download it. You can find this article on page 16-17.